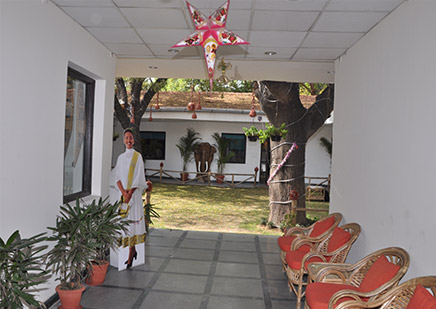 The Ethiopian Embassy in India opened the first Ethiopian Cultural Centre in India. The centre was inaugurated on March 19th, 2013 in the Embassy compound by State Minister of Industry Ato Tadesse Haile, and the Ethiopian Ambassador to India, H.E.Gennet Zewide, and officials from the Indian Government, Ambassadors, diplomats and members of the Ethiopian community in Indian. Ato Tadesse said the centre was manifestation of the historic people to people relations between Ethiopia and India and expressed his belief that it would enable a more productive exchange of culture and education and contribute to economic and political relations. Ambassador Gennet said the centre would introduce and promote the various cultures of Ethiopia to the people of India.The Center includes a Conference Hall, Meeting Hall, a permanent display of Ethiopian Traditional artifacts and paintings, a restaurant and a coffee house. A weekly cultural dance performance will be among scheduled programs. The aim is also to provide a common gathering venue for African Ambassadors H.E.Gennet said. The Centre would serve as a living symbol of African culture and heritage in New Delhi and in India.